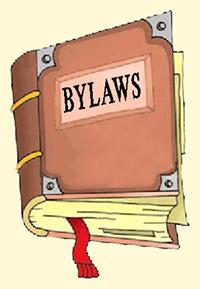 A vote on bylaw changes to permit a redefinition of the Guild scholarship and grants programs will be held at the next General meeting (April 23, 2016). Changes are confined to Article VII & Article VIII and can be found below. If approved, a Guild policy implementing the GNHW Grants Program outlined below would follow.

The Steering Committee (SC) has been reviewing and debating our approach to the Guild's scholarship and grants program since the middle of last year. We felt that our scholarship program was not producing much "bang-for-the-buck" and that our grants program was too reactive. Reviewing the awards over the past four years, scholarships have been given to between three and seven individuals in any given year for classes or to attend events. Grants have been almost exclusively by application.

The SC felt we could better use this money by focusing on grants serving groups rather than single individuals. As such, individual scholarships would be eliminated. Grant giving would be split into three categories:

A budget would be established each year for each category by the SC.

The Subgroups serve many woodworkers, most of which, but not all, are Guild members. Money allocated to subgroups would be split among each based on a formula accounting for the amount of activity from the previous year (i.e. number of meetings, Sunapee participation and symposium leadership). This money could be used for any legitimate purpose at the discretion of the subgroup. The SC expects to include the subgroup leaders in formulating policy.

Application Grants would be available to individuals, groups, organizations and institutions with not-for-profit motives and ad-hoc groups of individuals with a common goal. Applications would be submitted to a member of the SC (i.e. Grant Program Coordinator) and then brought forward for approval.

Guild Directed Programs are those opportunities which the SC chooses to seek out and manage. Examples could be a new Guild In School (GIS) program, an Annual Youth Woodturning Competition, donations to other 501(c)3 organizations and school partnerships.

Unspent budget in each category (including for each subgroup) would accumulate year-to year.